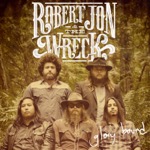 This band are as Rock and Roll as you can get, with a no nonsense sound that gets down to business from the first note of opener The Devil Is Your Only Friend. They take blues/rock to a whole new level, which I personally never tire of. Hailing from Orange County, Southern California, this five piece, ably led by Robert Jon Burrison on vocals/guitar, assisted by fellow guitarist/vocalist Kristopher Butcher, drummer Andrew Espantman, Steve Maggiora vocals/keys and Nick Phakpiseth on bass, have only been together two year’s. Within six months, they had toured extensively and released a five track ep, Rhythm Of The Road, produced, as here, by Warren Huart (Aerosmith). There is a definite nod to Southern Rock with tracks titled Blame It On The Whiskey, Steppin’, Georgia Mud and the beautifully crafted title track .The dual guitar attack works a treat throughout, but the tempo is brought down for the, dare I say, AOR of Mary Anne, on which Nicole Vaughn adds vocals. There is not a bum track on here, forty five minutes of bliss.

EUROPEAN BLUES AWARDS WINNERS 2019
Here are the 2019 winners. Award certificates will b...
New Rory Gallagher Collection, Blues, With New Unreleased Material
In what would have been the 50th year of Rory Gallagher...
CHRIS BARBER RETIRES AFTER 65 YEARS OF BLUES
Chris Barber retires after 65 years as a top Bandleader...
The Swedish Blues Scene and Covid-19
Swedish Blues Scene In The Midst Of The COVID-19 Outbre...