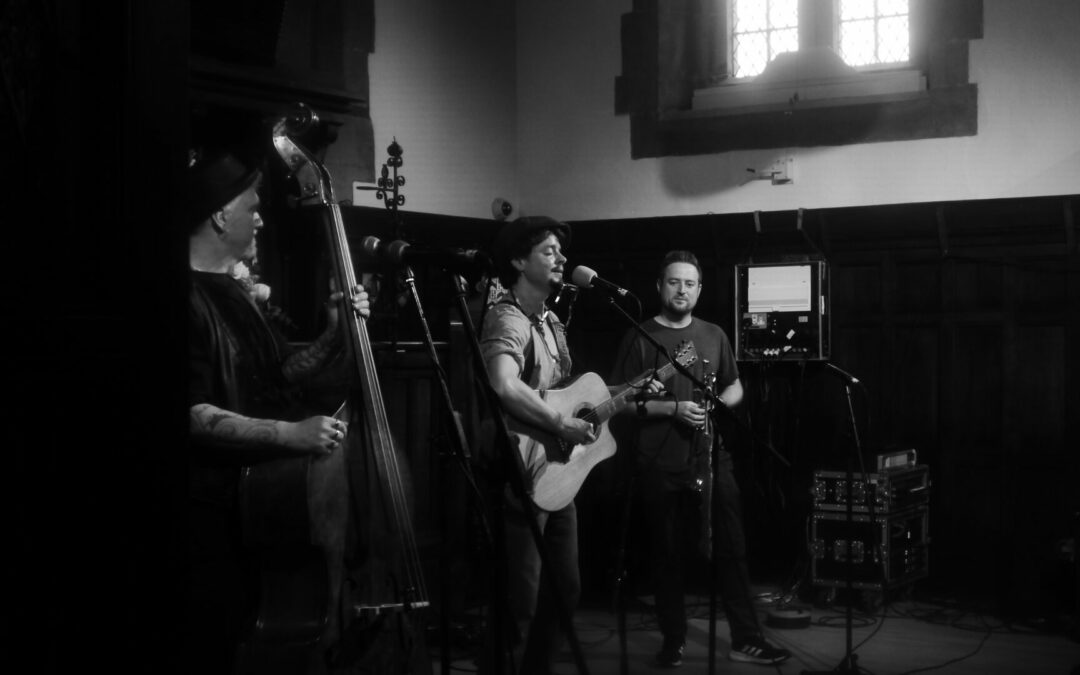 With little more than an acoustic guitar, harmonica and some well-written originals and choice blues covers, local musician Robert Jackson kept an audience entertained when he played as part of Lichfield Arts 30th Blues and Jazz Festival.

The cavernous surroundings of the guildhall were an ideal sonic backdrop to Jackson’s fine guitar playing and vocals. Perhaps best known as half of A Different Thread, his background in blues and Appalachian folk forms was accompanied by Mike Seals on Upright Bass and local trumpet player Nick Dewhurst who joined the duo for a couple of numbers at the end of their set.

Songs such as Travelling Band, and He Doesn’t Want to Go, infused with the type of melodic whistling rarely heard since the days of Roger Whitaker showed the broad range of Jackson’s listening habits. Doc Watson’s Deep River Blues and the traditional Hesitation Blues were both performed with precision and swing, and Sweet Elizabeth, an Appalachian folk song allowed for some audience participation. Other songs included a jazzier version of Nobody Knows You When You Are Down and Out, Make Me A Pallet on Your Floor, whilst the trumpet interjections to the original song Big Crane, and the encore of Sitting on Top of the world added welcome colour to the music.