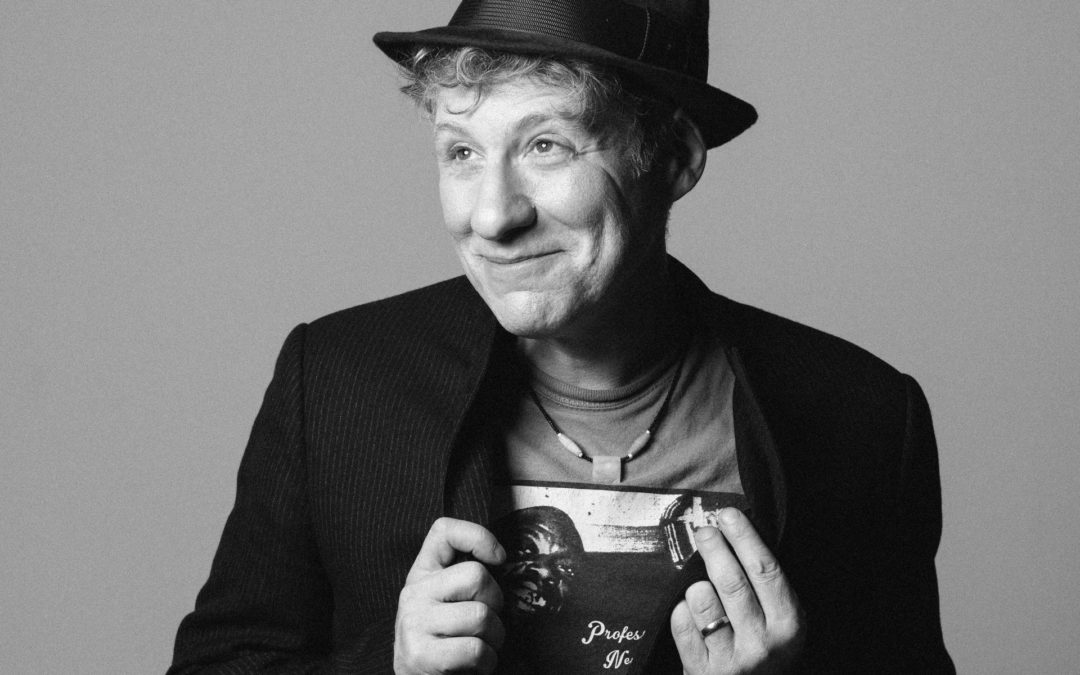 Towards the end of February, I tripped over to Copenhagen to take part in ‘Vinterjazz.’ It says jazz, but as we all know, blues finds its way into jazz festivals and the genre lines get blurred. I owe my trip to the efforts of the wonderful Johan Bylling Lang – an excellent saxophone player, composer and bandleader who shares my love of (and frequent visits to) New Orleans. During my stay, I played solo and duo shows, guested with the vibey Chris Tanner Trio in a more jazzy capacity, and led my own house band in some wonderful gigs

Music tastes and trends move in waves of influence and imitation. Away from the bright illumination of the pop zeitgeist, blues and jazz traditions, which have mostly if not exclusively originated in America, manifest themselves in the more “specialist” realm of musical consciousness often through the efforts and passions of individual artists, sometimes on an evangelising mission, sometimes just lucky and popular. In the UK the complex blend of blues and rhythm that constitutes New Orleans piano was introduced to us by Diz Watson (as far as my research goes), and in Denmark, that same introduction was made a little later on by the modest and much-loved Esben Just. I’ll introduce you to him properly later, first let’s take a trip to Copenhagen’s Mojo Blues Bar.

The Mojo has been around for decades and has that delicious dark and murky ambience so beloved of historic music spaces, and it was here that I was honoured to be paired in a “piano battle” with Hans Knudsen. Knudsen has played professionally for the longest time, and he’s worked with everyone including New Orleans sax and singing legends Lee Allen and Lillian Boutté (the wonderful Lillian, with whom I have also had the pleasure and who is currently unwell back in her home town appears frequently in the blues and jazz history of Denmark, having extensively toured there.) 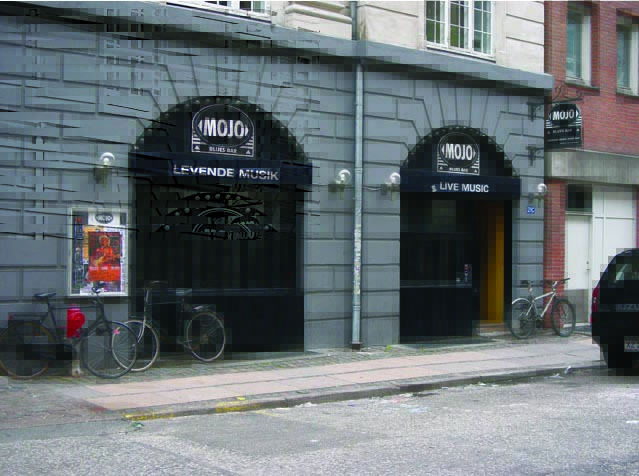 I didn’t know Mr Knudsen before our onstage meeting, but I can tell you that he is an encyclopaedia of blues piano, with a shared love of the music of James Booker. We talked of his days hanging out with Champion Jack Dupree, once a Copenhagen, or rather Christiania resident, and of the poetic blues of Percy Mayfield. As we traded licks in this two-piano setup there was never any clashing or imposing of style, just pure musical support and encouragement. I love Hans’ way with a slow blues and his superbly crafted boogie-ing. The piano battle turned out to be full of heart and soul, with a packed house and contributions from many fine local musicians – Chris Tanner, Johan Bylling Lang, and powerhouse vocalist Sahra da Silva. Knudsen, himself, is the kindest and most generous musician you would ever want to spend time with.

Other piano players were out that night too. I looked across the stage and there was Esben Just replacing Knudsen at the opposite piano. Sparks flew as his obvious command of the instrument burst out on a funky version of the Mardi Gras Mambo. Then in the second set, I decided to rock a version of Junco Partner, and this time a fresh-faced Chris Copen joined and demonstrated some very impressive James Booker left and right-hand stylings. I was beaming. The night grew long and beer was drunk. 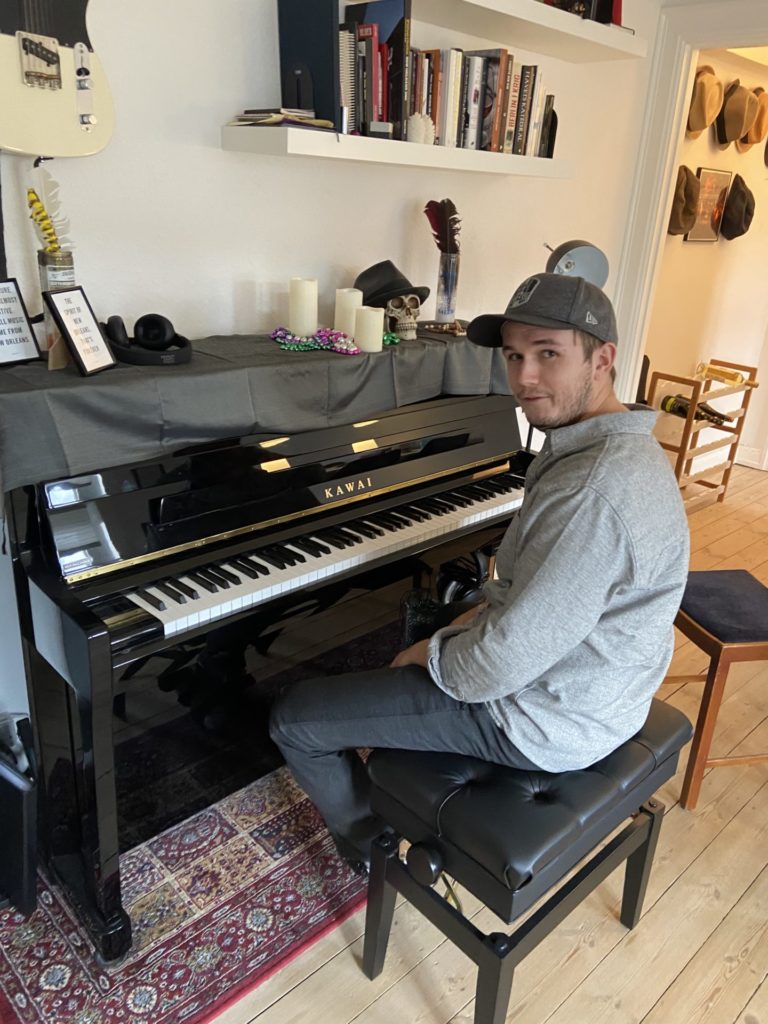 The piano battle was matched in enjoyment, by two great club gigs I got to lead in subsequent days with a full New Orleans styled funk / RnB band. The quality of the musicians was impeccable – listening, building, playing to the crowd and with taste and pizazz in equal and requisite measure. These guys all play regularly together, but to be able to just slot in and feel that level of support and passion is a true honour. There’s love for the New Orleans blues sound in that city, and I was keen to use some of my time there to delve deeper into it. I needed to talk to these piano players.

Cut to a stylish split-level apartment to catch up with Esben Just. We had met once before when we had chatted about piano playing at a Norwegian festival we were on. Just showed me a James Booker lick that has become part of my piano language to this day. I hadn’t heard much more about him in the intervening years, but I certainly felt the power when we jammed together at the Mojo a few days before this meeting. 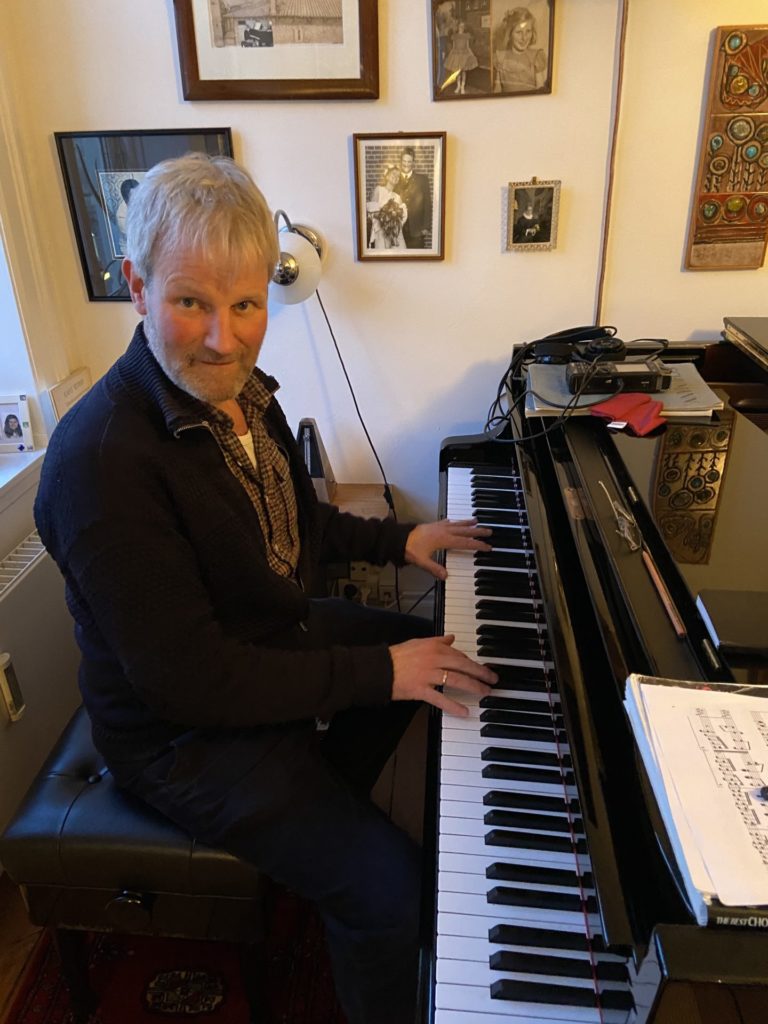 Just is modest, peaceful. He had learned classical piano as a kid, then started exploring the blues, and a trip to a local record store brought him in touch with the music of James Booker. The very same Hans Knudsen had been over in New Orleans and connected the young Just to piano players Tom McDermott and the UK’s own export Jon Cleary. It wasn’t long before Just had to make his own trip to Louisiana where the love affair was cemented. His influential trio, Skipper Just Frost, started to make waves when their debut live album was well-received, and on the back of this Just became known as the sound of New Orleans piano in Denmark.

If you haven’t heard him then I recommend you head over to your favourite online platform and check out some of these trio recordings. Better still go to his website and order a CD or two. What marks Just out is how much original music he writes, and his willingness and bravery to embrace the Danish language as a medium for his art at least as often as English. Yes, you can also hear plenty of English lyrics, for example, check out the beautiful album simply entitled ‘Trio.’

Just has thoroughly absorbed the piano worlds of Dr John, James Booker and Professor Longhair and his output inhabits the funkier, soulful elements of the genre. He has worked with many visiting artists and is ‘first call’ for much of Scandinavia. He has performed as a sideman, and until the world went into its current lockdown status was about to embark on a solo tour of his own songwriting. He describes his position in life right now as happy, and we end up swapping New Orleans stories and discussing the inherent sadness that gave rise to such joyful music.

One of the younger piano players influenced and nurtured by both Knudsen and Just is Chris Copen. Chris and I hung out at his piano and talked about the history and the future. I was introduced to this 25-year-old as Christian Bundgaard, one of the things we discussed was his realisation that this was possibly not a zippy enough name on which to base an international career, hence the change. Chris has a great piano facility. His parents encouraged him and exposed him to much live blues music as a teenager, and the young artist realised that he was more fulfilled and truer to himself by diving deeper into the rich world of New Orleans piano than to try to work as a session man or to be seduced by the more mathematical world of contemporary jazz. As well as telling me that he’s always felt like an older soul he describes how the story of the notes and musical phrases is far more important to him than any theory or technique behind them.

Like Just, Copen has a rounded language based on the influential and known New Orleans legends, but he’s again keen to move this genre forward, to add something new and to make it his own. “Dr John was forever reinventing or re-stylising his sound on each record he made,” he tells me. He worked with contemporary producers and pursued interesting collaborations, both strategies that Copen seeks to embrace. He plays me some of his writing, it’s for a full band, and it has echoes of that rich voodoo sound Dr John was so known for, but it’s still Copen’s own and has darkness and funkiness in spades. What’s also worth mentioning about Copen is that he’s already recorded piano with the legendary John Boutté (that family again) out in the Crescent City (he’s been friends with John for some years now) and had plans in place to bring the artist over to Europe this summer. Sadly, these plans are a little on ice, at the moment, like so much live music.

So, I can report that Denmark is doing well. What a vibrant and energetic piano and New Orleans blues scene there is there; so many talented and knowledgeable piano players spanning three generations; great bands, and from what I experienced a good level of engagement from a multi-age crowd. Check out some of these players (Emil Otto too) and watch out for their movements in the future. Until next time…