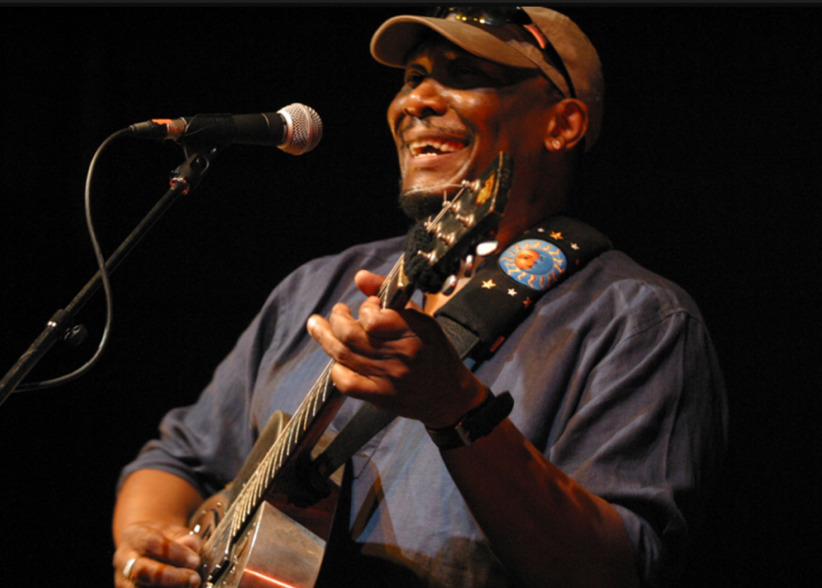 This world’s heart and soul has suffered the loss of a bright spirit, a genuine messenger of the truth that is the blues. Sammy Blue was embraced by the next world before he passed into it, his intuitive musical skills beyond this one – guitar, electric, slide, steel, acoustic, banjo, all of it. His pipes. His songs, most of them original, that he brought to his gigs. And that voice, from deep down and way back.

Fueled by an intelligence, a sense of humor, and his southern roots and grit, Sammy Blue was another one of those rooted under-the-radar blues guys whose soul emanated from the muddy Mississippi waters and shone up through the surface like some bright blue light. He was there, but few people knew it. Your loss.

I had the great pleasure of knowing Sammy. He was cast for an independent film that I produced, “We Are Kings,” a well-reviewed film . Except Sammy, who had a shining bit part in Clint Eastwood’s “Trouble with the Curve,” singin and playin in a featured cameo, had that same kind of presence on screen that he does on stage. I met him during pre-production and then hit the road with him for a location shoot down in Illinois, out in the middle of nowhere. And we connected. Bonded. Discovered a soulful sync germinated in the blues thing but soon embraced by a genuine brotherly love.

That was 8 years ago, and it lasts to this day. And will forever.

In between I got him a gig in New York City, at Terra Blues, one of the last of the prolific blues clubs down in the village. He killed. The owner tells me on my way out he was the best blues dude he’s had in years. No wonder.

We stayed connected, me and Sammy. I came to Atlanta and visited him at his house, with his girl Von and his soul mate Rita Graham, who’s sang with him on gigs and recordings – all of them with the same kind of heart and soul Sammy has – no surprise. And we’d get on the phone and catch up from time to time. While he was in and out of the hospital, dealing with his heart difficulties – the physical kind, not the soulful kind. And each time, before we dialed out, we’d share our love for each other. “I love you Sammy.” “I love you too, Tim.”

A gift. All of it. Blessings. Try it sometime. Before it’s too late. You’ll be glad you did.

And catch up with Sammy, “The Crown Prince of the Blues,” as his friend and soul mate Taj Mahal called him: http://www.sammyblue.com.

Rest is peace my good brother. Stay with me. And us. I’m here. So are you.

Tim Arnold (pictured below with Sammy Blue and Rita Arnold) 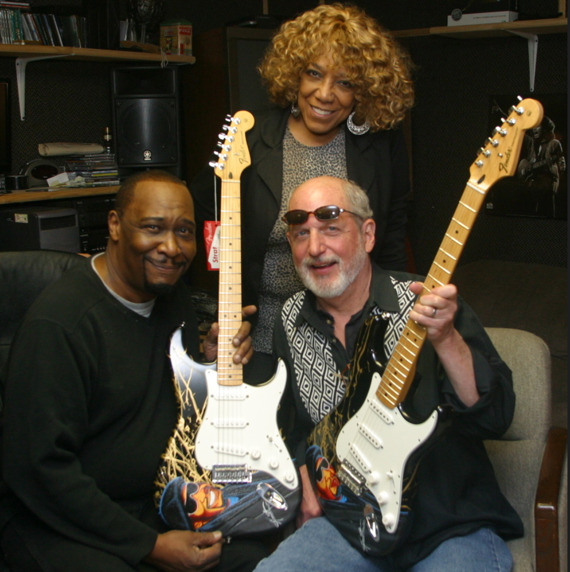