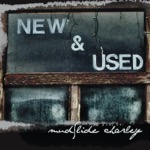 This is full of joy and fun the album has been dipped into the blues as heard in the undertones, but there is much more so this is a fresh modern and mainstream sound with a pop beat, hint of Latin and is a great clean listenable sound that suits the moment. Emi Kodama has glorious vocals that add a dimension to the album, one that makes you sit up and listen when combined with some stylish electric guitar and every note played or sung with emotion they are not going through the motions they are celebrating the notes through the music they produce. Throughout the album there is a catchy want to listen again effect, a case of I like what I hear and want to hear some more. Sweet Nostalgia is full of round country sound combined with a smooch saxophone it is a catchy tune yet more than that. Pillow Talk is a dirty bluesier sound with searing harp and again that rolling beat that just makes you want to clap your hands, and then the vocals that are inviting you in to enjoy. When The Bottom Drops Out is a duet and the contrasting vocals add interesting depths, this again has the blues running through the musical core of the album with Roger Moquin drumming a beat with that extra percussive sound. The final track is swampy blues with some fine guitar work from Mark Littig as there has been throughout the album, but you are in for a surprise as it is the bassist Tahj Kjelland providing the vocals with fine backing vocals as Living For Another Day has a positive rap in the middle bringing the sound up to date ending the album with a ‘that was a great sound will listen again’ feeling as it is full of interest.