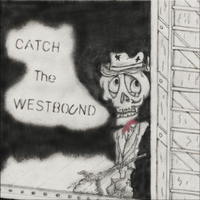 Another Canadian based band the Lucas Haneman Express features two lead singers, Lucas who also plays guitar and Megan Laurence. They are supported by Jeff Asselin and Martin Newman on drums and bass. The additional vocals of Megan certainly add an extra dimension to the band, her at times angelic voice counterpointing Lucas.

First track Lay It On The Line is upbeat, a happy high energy work out displaying much of the bands overall feel.  Cold Cold Front, is more, dirty guitar blues, while third track Wicked Ride features Megan on a slower tempo augmented with some high-class guitar from Lucas.

One of the outstanding tracks for me is Ms McGrim, a real blues work out with vocal duetting going on telling the tale of a doomed love triangle. That’s followed by the six-and-a-half-minute opus Devils In My Grave.

Touch Of Your Love is another tasty track, with swirling organ adding to the blend supplied by The Trews keys man Jeff Heisholt. Closing track To Be Brave has some nice finger-picked guitar and is a good album finisher.

There is a lot of good interesting variation on this and I think these are a band on the up. One small criticism, the rather cheap-looking cartoon sleeve cover doesn’t really do justice to the contents or fits the style but musically this is very good throughout.