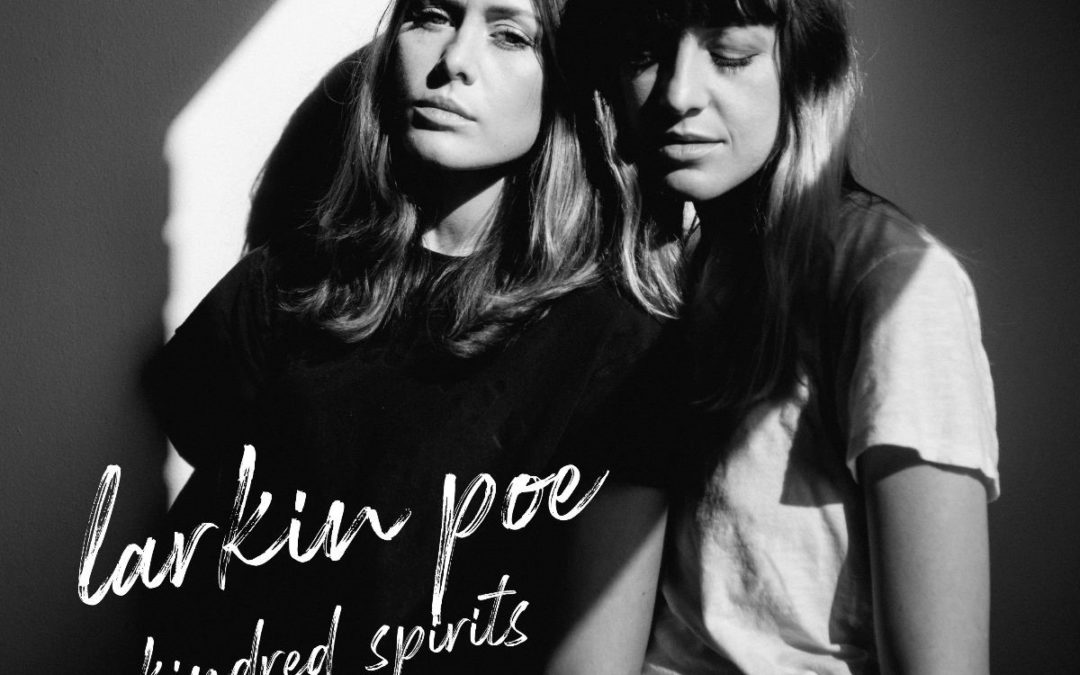 Larkin Poe have released KINDRED SPIRITS, their first-ever covers album – a collection of stripped-back versions of both classic and new songs. KINDRED SPIRITS is Larkin Poe’s second full-length of 2020 released on their own Tricki-Woo Records. The album was self-produced by Larkin Poe from their home studio in Nashville.

Larkin Poe surprised fans by releasing their mesmerising video for ‘Take What You Want’ (Post Malone), a day ahead of the full album release.

Speaking on the cover, Larkin Poe shared, “Considering the nature of this record, it should come as no surprise that we applaud Post Malone for shouting out the legendary Ozzy Osbourne with a feature on his hit ‘Take What You Want.’ This song vibrates with a classic Ozzy energy and from the moment we first heard it, we were dying to make our own stripped back, rootsy remix.”

The GRAMMY® Award-nominated sister duo of Rebecca and Megan Lovell kicked things off in June with their fifth studio album, SELF MADE MAN, topping an array of Billboard charts while earning unanimous acclaim around the world. Instead of a summer of tour buses and packed theatres, the Atlanta-bred, Nashville-based Lovells found themselves at home, performing many livestream concerts and adding to their much-loved YouTube covers series. That got them thinking, and led to the idea for the creation of KINDRED SPIRITS, a collection of stripped-back versions of covers, both classic and new, including songs by the Allman Brothers Band, Robert Johnson, Elton John, Post Malone, Ozzy Osbourne, and more.

While 2020 was supposed to be a year of hitting the road and taking their new songs to fans around the globe, it transformed into a year of reflection, of looking inward, of looking back. But Larkin Poe being Larkin Poe, looking in and looking back for them is also looking forward as they continue to put their own signature on the traditions they embrace. Not ones to sit around and wait for something to happen, Rebecca and Megan are constantly churning and creating. No one knows what this next year holds, but rest assured Larkin Poe will find ways to keep it fun and interesting for everyone, as we are all kindred spirits.