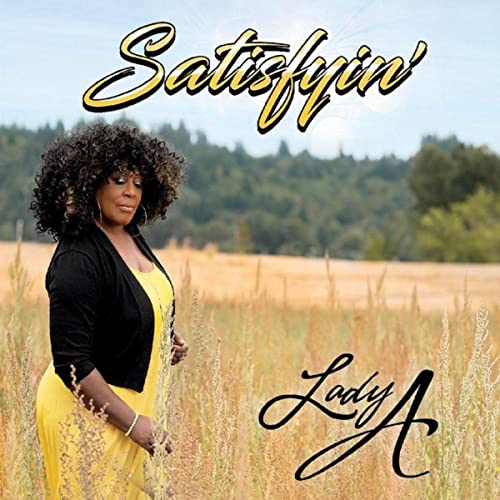 I don’t know how the trademark battle with the artists formerly known as Lady Antebellum is going but I do know who I would rather listen to.

That would be the blues singer who has been trading under that name for over 20 years, in case you were wondering. She’s well known around the Pacific NW area of the USA and is accomplished enough to have opened shows for the likes of Denise LaSalle, Little Milton, Shemekia Copeland, Dr. John and many others, as well as releasing a plethora of albums over the years.

This latest one is her ninth and showcases her blend of blues and funk well. Most of the material is self penned, either from Lady A or with and by her long time accompanist and multi-instrumentalist John Oliver III. It’s at its best when things get a little bit more funky so ‘Blues, Soul, Catfish And Fried Wings’ is definitely a highlight along with the title track. Her tribute to Nina Simone, ‘Blues On My Mind’ is another good one and it’s probably the song where her voice is at its strongest. The Rubenesque ladies out there will also enjoy ‘Big Momma’.

The one thing that lets the side down, though, is the percussion. It’s always the hardest thing to get right on an indie production and a lot of it sounds really flat here. Which is a shame as the other instrumentation works really well. But put that to one side, take a listen to the closing gospel ballad, ‘Heaven Help Us All, and try to pretend that everything is going to be alright.