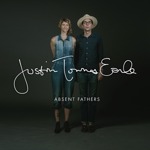 This album is a companion piece to his Single Mothers album but it stands in its own right as an album of subtle and beautifully played alt-country. If it leads you to the other half of the pair then that is no bad thing either. Earle has a soft voice, well matched to the pedal steel that is used throughout the album and singing just behind the beat in an almost lazy manner, although there is nothing lazy about him, which he claims is mirroring the style of Billie Holliday. As his heritage is having Steve Earle as a father, Townes Van Zandt as a namesake and being brought up with the cream of Nashville around him I will take his assertions as fact. As to the album, this is 10 tracks all telling little stories of real life and with a gentle melancholy pervading. Songs like Day And Night are real heart grabber material but even a rocker such as Round The Bend has a slight sense of loss and pain. Least I Got The Blues is superb with the pedal steel howling softly behind the vocals until it gets a solo of its own and the song just reeks of loneliness and the pain of lost love. The album is pretty short for the 21st century but every song is a little diamond, a statement of the human condition and played beautifully, simply and with real feeling. He wears his name(s) proudly and like all the best leaves you wanting a little more.