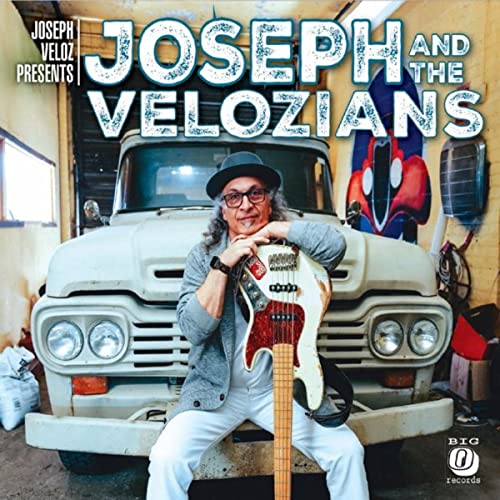 The last time I encountered Joseph Veloz (for it is he) I warned you, the listening public, about an incoming bass solo. Well, he’s back with his five string bass so gird your loins.

However, I did point out before that his seventies fusion meets blues meets soul sound was very enjoyable. And that remains the case here as he grooves through a series of covers and originals with guest vocals from Larry McCray, Tim O’Donnell and, on two tracks, Thornetta Davis. That still leaves room for some funky instrumentals which also throw in some jazz shapes with Jim Alfredson getting room to show off some fabulous keyboard sounds on the best of them, ‘The Velozian Shuffle’. The less said about his interpretation of the Bobby Caldwell classic, ‘What You Won’t Do For Love’ the better. That was my go to karaoke tune back in the day and I should have known better than to listen to it when I saw the subtitle Neo Soul Experiment. I won’t make that mistake again.

But it’s a rare misstep and where else will you get to hear Thornetta Davis on a bluesy version of ‘Crazy’ by Gnarls Barkley? Exactly. He even has a wee go at singing, well speaking, on the closing ‘Up In My Ear’. Musically, it’s a treat (with the Caldwell Proviso) from start to finish. I endorse this product.