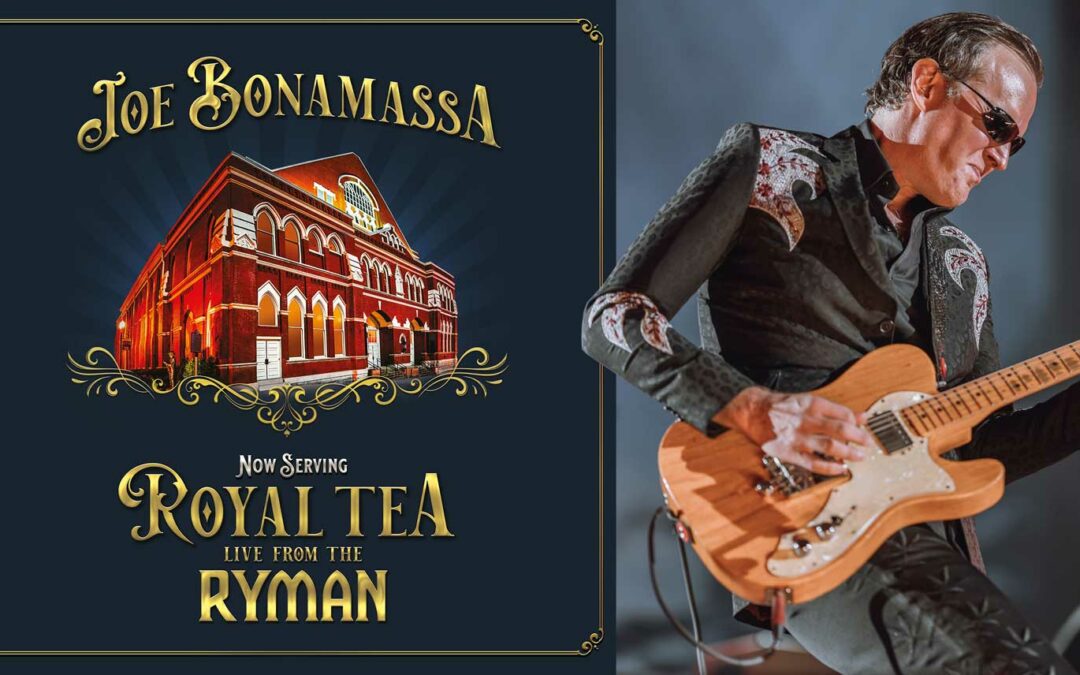 I was lucky enough to see the live stream gig of this in 2020. A smaller band than usual accompanied Joe, but that did not in any way diminish the performance.

The gig itself was amazing on the night. When One Door Opens was a surprising choice of an opener but it ticked every box. Presenting his latest album, Royal Tea in a live setting, Joe burst out of the starting gate like a man with something to prove. Precise, tight, and fully in sync, the band roared through this effortlessly.

The Title track was next up, and you get the feeling of being in the Abbey Road Studio listening to it. Royal Tea was Joe’s homage to his British Blues Boom heroes of the early sixties, and this shows in spades. You feel that Joe has studied at the feet of his heroes in every song. My favourite on the album is High Class Girl, co-written with Bernie Marsden.

It’s such a bluesy song with great vocals and brilliant lyrics. Joe’s guitar on here is some of the best stuff I’ve ever heard him do. If anyone has any lingering doubts about Joe as a blues guitarist, then just listen to this. A Conversation With Alice and I Didn’t Think She Would Do It raise the tempo to a fever pitch. It’s like hearing a Ferrari revving its engine ready to pin you back in your seat with G-Force. Petrol-Head blues/rock that will leave you thunderstruck.

Lonely Boy, Co-Written with blues icon, Jools Holland mixes boogie-woogie piano and blues guitar like only these two guys could. I found it fitting that Jools should be included on the album, given that he was instrumental in introducing Joe to a British audience. The last three tracks are from Joe’s first album,

A New Day Yesterday. Cradle Rock, Walk In My Shadow, and A New Day Yesterday. If you like watching and listening to Joe perform live, then you could not get a better album than this. Joe Bonamassa has been writing and playing this album his whole life. This is the fruit of the root.