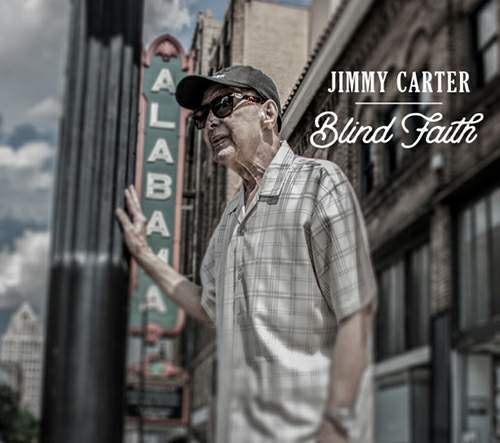 Fair play to Jimmy Carter for releasing his first solo album as he heads towards his ninetieth year.

He’s best known for his time in the Blind Boys of Alabama whom he actually joined in the early eighties. For sure, he was at the Alabama Institute for the Negro Blind when the group was formed, but wasn’t an actual member, although he later went on to sing with the Dixieland Blind Boys as well as the Five Blind Boys of Mississippi.

Regardless of facts, it’s still an achievement.

It’s not as gospelly as you might have imagined as producer and primary songwriter Ron Pullman has pulled in some jazz and soul influences t back up the voice of Mr Carter. And while you can tell that it’s an auld fella singing there’s none of that Cash like croaking that has bedeviled veterans in years gone by.

I’m not going to lie and say that this is an essential listen as a fair few of the songs don’t really pass muster but there is enough here for a casual listen. And when a top quality song does happen along as it does on the brass driven Dream On and the Delta blues of Why Me then it is a real treat. The backing is excellent with a huge cast of musicians and a similarly varied set of instruments. Not forgetting the Alabama Institute for the Deaf and Blind student choir.