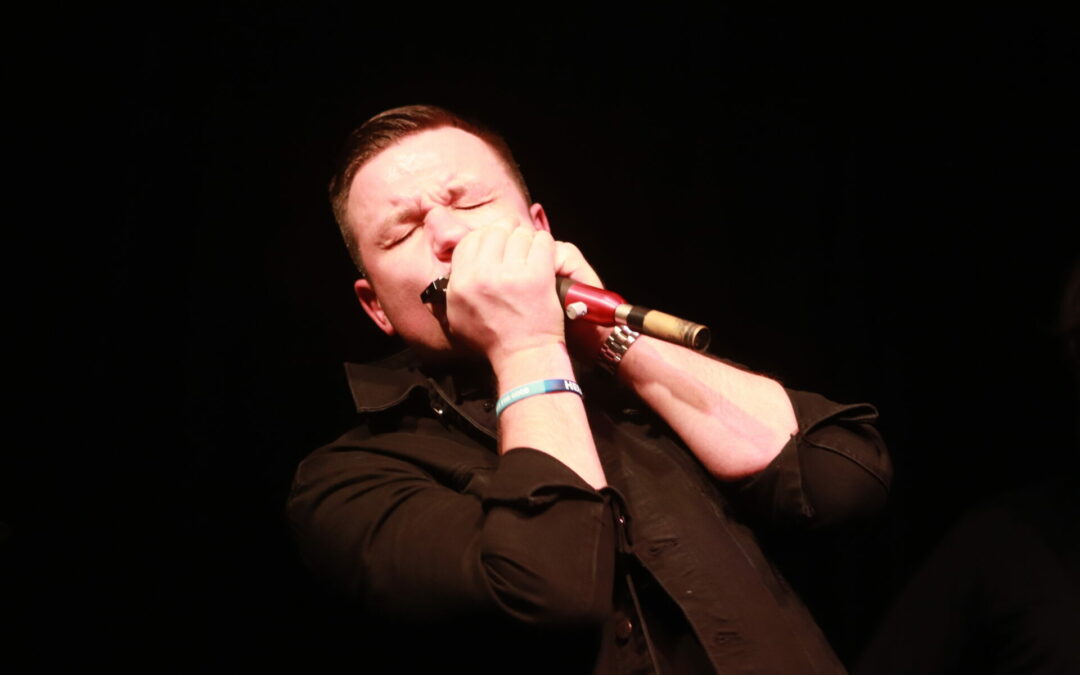 UK Blues Award nominees for 2022 Edinburgh Blues Club event was what the assembled audience have been missing for a while; a full on no holds barred night of rocking blues, two fantastic sets from solo artist Dave Arcari and the amazingly talented Gerry Jablonski Band. A near full house on a Tuesday night is an amazing feat especially when there are still restrictions in Scotland. Anyway, everyone who came thoroughly enjoyed the performances by these Scottish blues artists.

First up was Dave Arcari with his blend of unique take on the blues genre. He brought along three guitars and this man could play them all with gusto. Dave has a passion for his craft and his vocal delivery is fierce and in your face at times. Opening with Cotton On My Back, Dave started the way he was going to continue. Travelling Man followed next, his resonator guitar burning with his enthusiasm. He has the Glasgow patter and during performance he was baiting the Edinburgh crowd but all in good taste. Cherry Wine was a particular highlight and a stomping tune. Devil’s Left Hand was full of intricate guitar style and witty lyrics. No Easy Way slowed the tempo to a canter on this dirty blues ballad. Givers And takers similarly suited his style. It was his fingerpicking on Nine Pound Hammer that was a particular crowd pleaser. Another change of guitar saw him get through Can’t Be Satisfied. Then tempo increased on Got Me Electric. Hangman’s Blues was a cautionary tale sung with a cheeky grin. Finishing with See Me laughing, Dave was quite magnificent in supporting role a real tonic and troubadour of Scottish blues, a high voltage, full on performance, a pure joy.

The Voodoo Rooms is a beautiful place for live music, the sound was excellent, and show was intimate. Next onstage were the incomparable Gerry Jablonski Band.

Comprising of Gerry Jablonski on lead guitar, Grigor Leslie on bass guitar, Peter Narojczyk on harmonica and Lewis Fraser on drums they just deliver such a fantastic, power-driven live performance and this is certainly one of the best shows this reviewer has seen them play. They live to be on stage each member is an entertainer and the chemistry in this band is palpable just like there energy. Their set was mixed with old and new songs. Breaking The Stones was a great opening song then straight into the wonderful Heavy Water. New song Koss is a tribute to Paul Kossof full on rocky blues here as was the next song which deals with mental health issues, Tiny Thoughts. Much appreciated by a rapt audience. They are planning a new release later in the year, good to see them road testing new material. There was even time for a call and response between guitar and harmonica. Trouble With The Blues had the place rocking and Grigor’s bass solo was a particular feature. Drummer sang wonderfully on Anybody such an evocative song showing the band’s mellow side and Peter mixing in tones of Amazing grace also. Other highlights were the punchy tones of their newest single, Goddamn, the punchy tones of Soul Sister. It was Black Rain that was also a standout song. Little Wing even got into the repertoire. A great evening’s entertainment, these boys can rock any joint, full-on fun and so good to have live music back, an absolute joy. This is what we have missed, the connection with artists and audience alike there is no better feeling than when a show is as good as this! 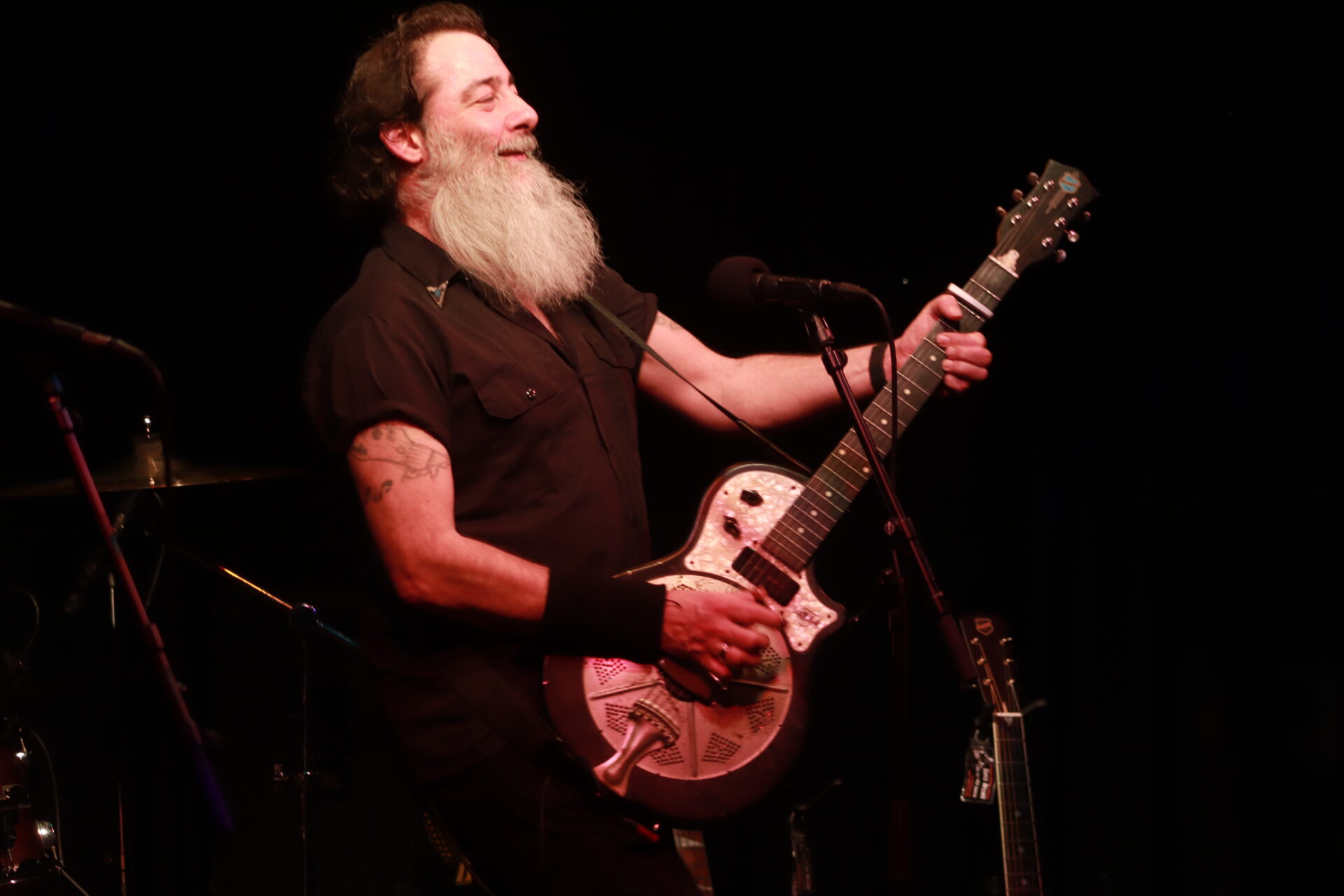 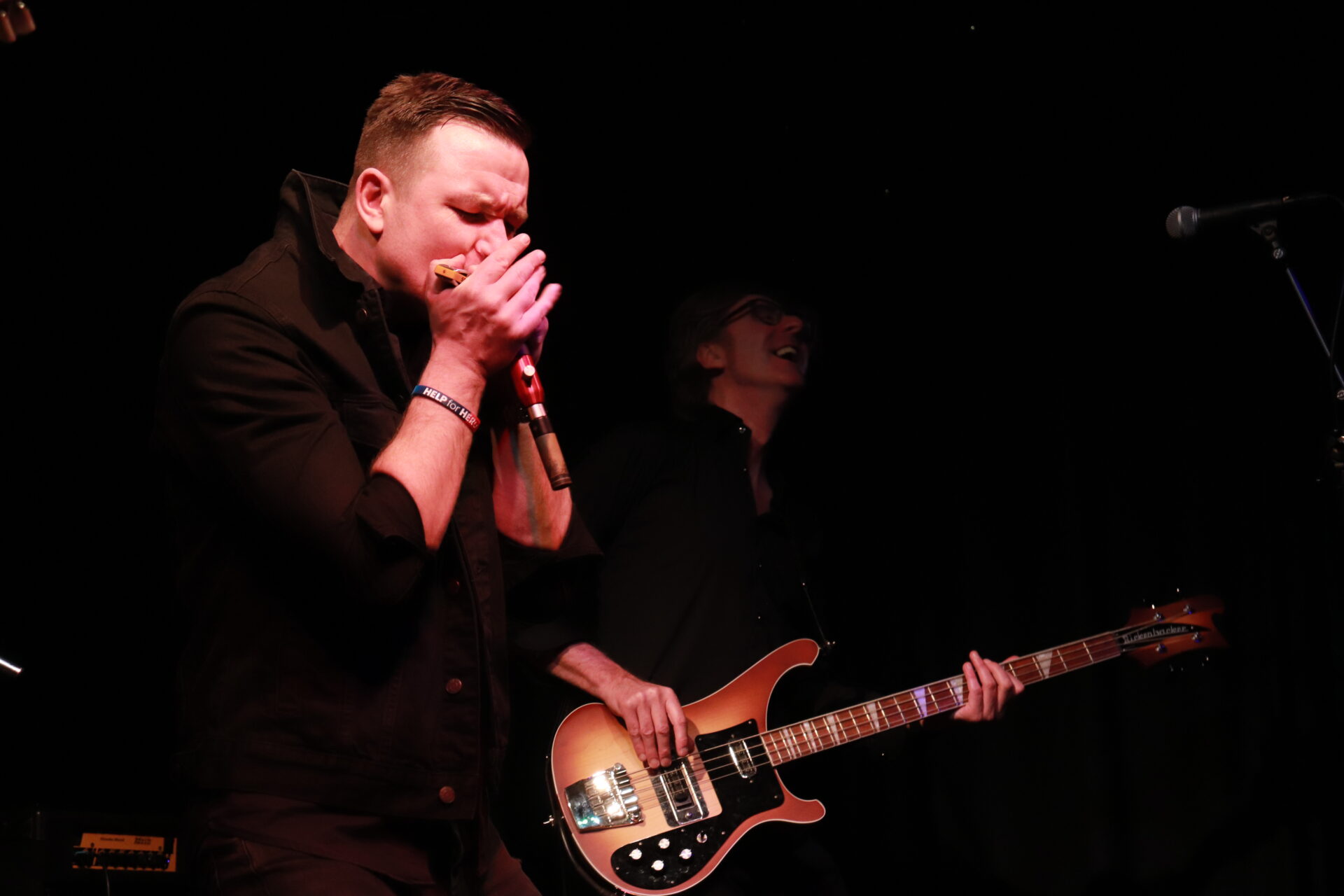