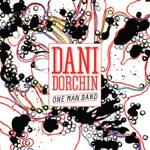 This is one of those albums that take you back to the days of the old one man and a dog sort of raggy, bluesy thumping-along style of jangling blues. Not fully Jesse Fuller but aiming firmly in that direction. Dorchin is an Israeli-based troubadour who plays at times swampy guitar mixed with whomping foot-driven drums, harp and gritty vocals. Dorchin has travelled extensively picking up on influences and styles before turning to the studio in Tel Aviv to record this, his self-written, nine-track, debut album. At first hearing, the first track seemed a tad flattish, bringing little fresh to the blues table. However, as the album runs on, it perks up to result in a nicely pitched and performed bit of old-time blues produced with flair, pizzaz and chutzpah. One Man Band is the kind of release that will appeal to lovers of basic, raw sounding blues and if it does indeed seem a bit on the raw side then, so what – it’s probably all the better for it!