Catching up with… Ally Venable 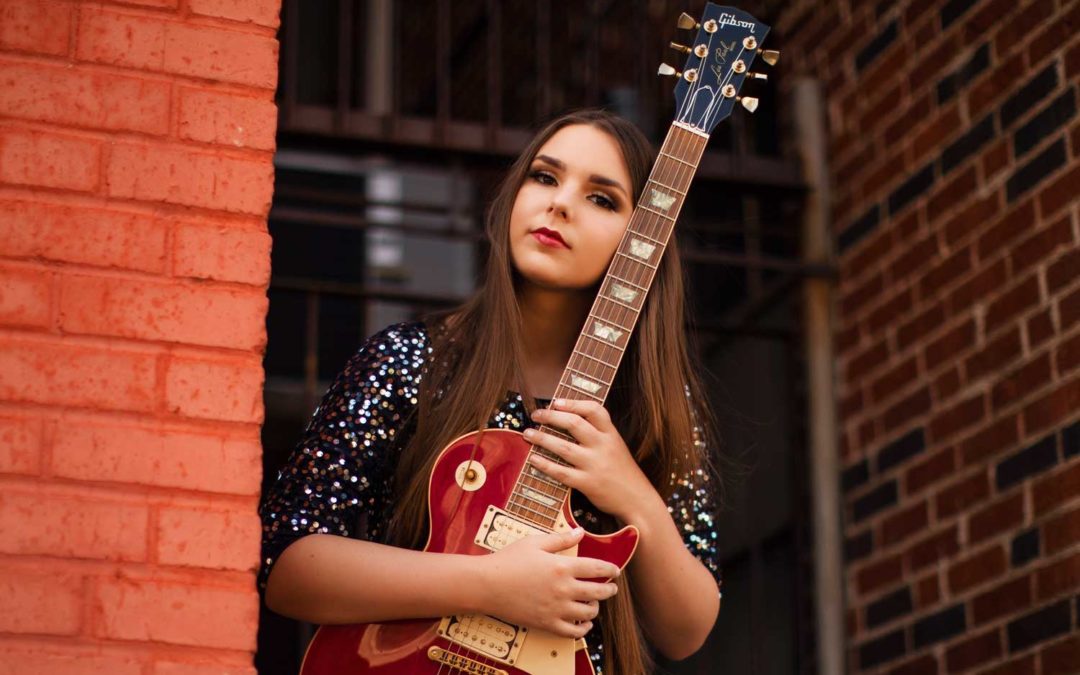 I got the chance to talk to Ally Venable at her home in Texas, via Skype for blues matters magazine. She has a new album out on Ruf records on February 26th 2021. It’s called Heart Of Fire and follows on from her successful Texas Honey album; a moniker she uses for a recent online streaming interview show she presents, Texas Honey Sundays. Last time we met, she was preparing to go on stage at the majestic venue, The Voodoo Rooms in Edinburgh, part of the Ruf Blues Caravan Tour, presented by The Edinburgh Blues Club. We discussed touring, recording the new album and various other topics; it went something like this… 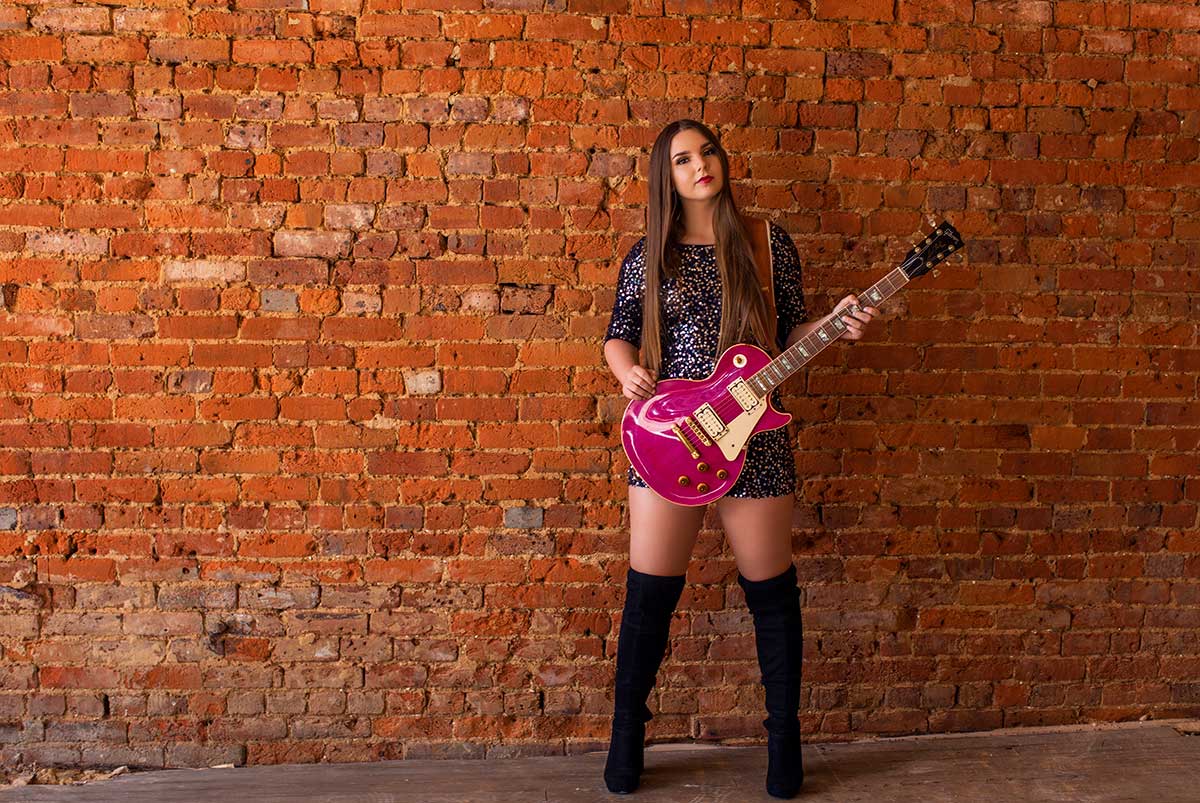 Hi Ally, great to speak with you again, where are you today?

Hi, am at my home in Texas. I’m doing ok, kid of adapting to the times!

How have things been recently?

Difficult, but been doing a lot online than I was before. I was constantly doing live feeds before CoVid. Find I am connecting more with my fans now through live feeds.

Yes you started a Texas Honey Sunday live online show, want to talk about that?

I wanted to do a fun play along thing for my fans. I noticed, like most musicians, we can’t play anywhere right now! I’ve a lot of musician friends I have met along the way, playing different music and meeting people on the road so I figured they’re free now so I would interview them and hang out online with them. We talk about music or anything they want to talk about!

The podcasts are great, it feels like the listener is eavesdropping into someone’s conversations, that a decent observation?

Everyone’s been so cool chatting on these shows. We share stories, what they are going through with this CoVid thing compared to me.Yeh it’s been fun.

Go back to the last time we spoke it was on the Blues Caravan Tour, how did that go?

It was wonderful, enjoyed it so much. I loved playing with Katerina Pejak and Ina Forsman and Roger Inniss. I had my drummer Elijah of course. I got to get to so many countries, experienced Europe, enjoyed every minute of it. It was a great learning experience too. I had my own set but also was back up guitarist for the other two girls. That brought me out of my element and played certain songs I don’t normally dip into. It made me a better guitar player too.

You got any tales you can tell from your time on the road, you can share here?

You do see some crazy stuff and there are in jokes with the band but nothing comes to mind at the moment. It’s just a fun vibe we have!

As an artist what is the worst thing the pandemic effect has had on you?

The main thing is not being able to connect with my fans in person and going on the road and playing shows. Most of a musician’s income comes from being on the road. Especially in the blues world! Being around people is therapeutic in itself. Listening to music together is what makes the world go round. It’s hard when you can’t do that.

Have you played any live gigs recently, how did that feel for you?

A few shows have been outside or socially distanced shows where the audience have to wear their masks. It feels great being able to play an actual show, with speakers booming. With music, hearing it is one thing but feeling it is something different. Feeling the kick drum in your chest is the element of a live show that I really love. It was a different vibe. Still get the adrenaline rush before these shows and have been able to practice with my band. 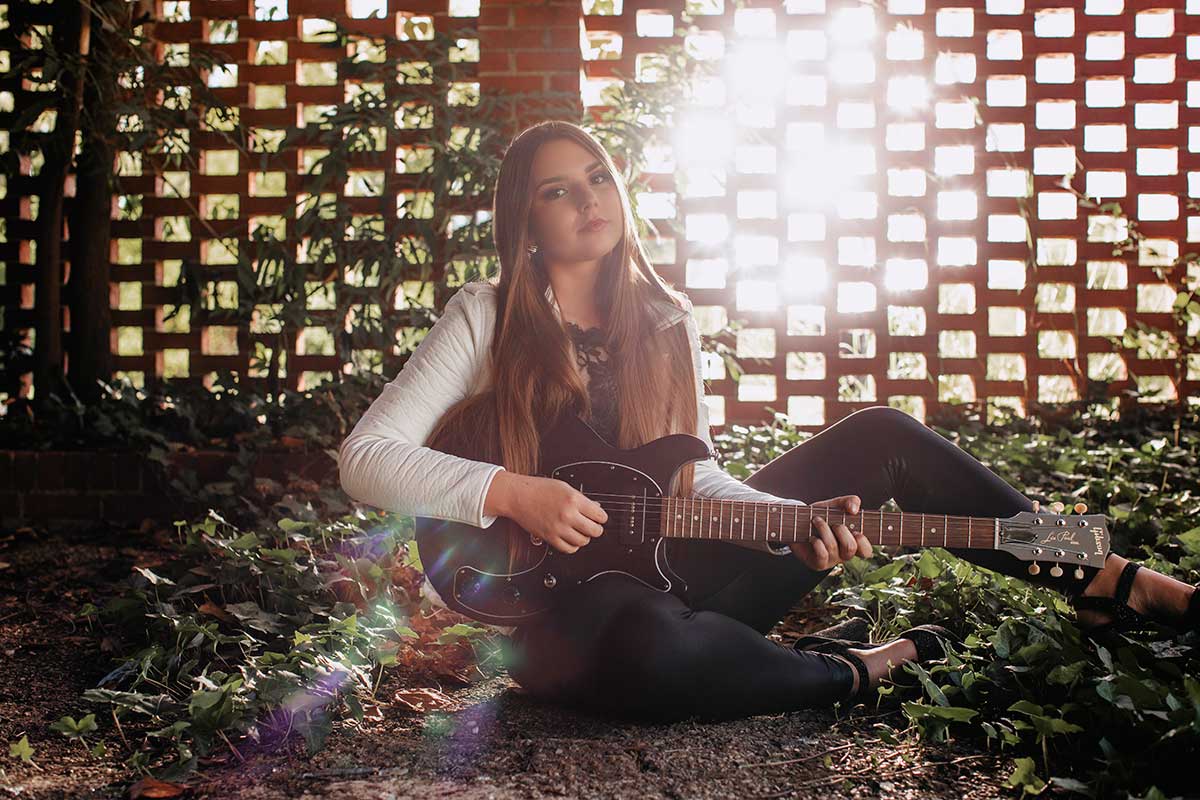 My new album, Heart Of fire is soon to be released. It was produced by Jim Gaines. He recorded it in Memphis Tennessee; it will be a year since we recorded this. It was recorded after the NAMM convention in California last year. I recorded it with my band and also had some special guests, Kenny Wayne Shepherd and Devon Allman, we co-wrote Road To Nowhere and Cody Dickinson is on drums on that song, he from North Mississippi Allstars. I’m thrilled how the album turned out. There’s something for everyone. All the songs match well with each other. I like to try different things with my albums. I’m really pleased at how the guitar sounds. I’ve made a way into what type of sound I want from my guitar. There’s a lot of great guitar work on this album.

Anything specific you have gained from working with Producer Jim Gaines?

He’s worked on Stevie Ray Vaughan’s In Step record, Steve Miller, Carlos Santana. He’s had so much experienced. He brought out the best in me. Whenever he brought an idea out it just worked! If we had to change something in the song, it all worked out.

Was the production process similar to that of previous releases?

We played back a live track so we could get the drums and the bass guitar down. Then we layered keys and other instruments to get the energy into the songs.

How did the song Road To Nowhere evolve?

I started with the three chords. I strummed on my guitar. I wrote, why do we keep walking this road to nowhere? two people that are together who knows it’s probably not going to work out but they’re still trying but it’s going nowhere. Think a lot of people can relate to that!

How did you hook in Devon Allman to play with you?

I had opened for his band when he came to Texas with his Devon Allman Project band. He asked me to be a guest for one of the shows and we connected. He has been a great mentor. He said this song is my cup of tea. It definitely has his touch through the song.

You also got to work with one of your other guitar heroes, Kenny Wayne Shepherd?

I met him at a festival in 2019.He was the headliner but came to watch the whole set! That was so cool to show his support. We kept in touch and asked him if he could play on a song on my new album. He sent it back to me and it sounded amazing, brought it to another level. I’m thrilled. The fading out at the end of the track was Jim Gaines idea.

Is there a theme through the new release?

When I write songs, I try and write them about what’s going on in my life or things other people can relate to. Sometimes I don’t know how I’m feeling until the song is finished. All my songs are my babies. Hard to pick a favourite they are all different. I like Heart Of Fire, it’s inspiring and positive. We need positive things in the world just now. The elements in the song make it probably my favourite! It’s a rocky type album based in blues, I play Dobro and slide. Certainly has a blues element that’s for sure!

Liking the vibe to the Bill Withers interpretation Use Me talk about that track?

We play this live it’s a fun song to play. It’s a tribute to him. Also on every album I do, I try to do a Bessie Smith tune. I love her rawness and her music is awesome. Hateful Blues was chosen for this album as a tribute, it starts with her singing on the record on a turntable then we come in and do our version. I get my blues inspiration from her.

You also pay tribute to Stevie Ray Vaughan on the album?

It’s based on the song Lenny. He’s a big inspiration. Jim Gaines told me the story of how it was seven minutes long he tried to wave off Stevie by saying the tape’s running out. He said he got the same vibe when we played the song Tribute To Stevie Ray Vaughan on this album. The song is about eight minutes long like the Riviera Paradise version he did. Bring On The Pain and Hard Change were written with Lance Lopez. He helped me with some riffs we always work well. The album took two and a half weeks with my part.

Any of these songs been road tested as such?

The title track Heart Of Fire and Hard Change. We’ll be doing more live shows and in person CD release ones. We’ll play the whole album during these shows. Got a lot of support from people, that’s been great.

Anything about Ally Venable that people don’t know?

I have  a beautiful husky puppy I enjoy spending time with him. I enjoy spending time with friends and family. I love suchi.Play and write from your heart that’s my best advice. I love my fans and people who have been there for me from the start. The Blues caravan tour was probably a pivotal tour to do. We’re working on tour dates for Europe as soon as we can especially the UK.

It’s a New Year do you do any resolutions?

I write notes on some goals I want…Work out, eat your greens that sort of thing. I try. The future is unclear but I want to write new songs and keep loving what I do! We have a tour end of February/ March in America. Half outdoor and indoor.

What do you think about doing live stream recordings?

I’m glad to connect with my fans and have shows. Glad to have that option. Live shows will be different. I see live streams being there if people want to watch from their homes.

How do you keep the blues genre alive for a new generation?

Being able to evolve the genre will try and keep the blues alive. This will bring younger people listening to the blues. What Stevie Ray Vaughan did is a perfect example. I was introduced through listening to him. He was on main stream radio. His influence was a domino effect. Hopefully my music will influence younger people. All different musical genres come from blues, it has a place and we have to work on that! It depends on the influences of the musician and age demographics.

Well we’ll stop there and possibly see you again at Edinburgh again sometime? Thanks for the chat!

Thank you for talking, see you later Colin! 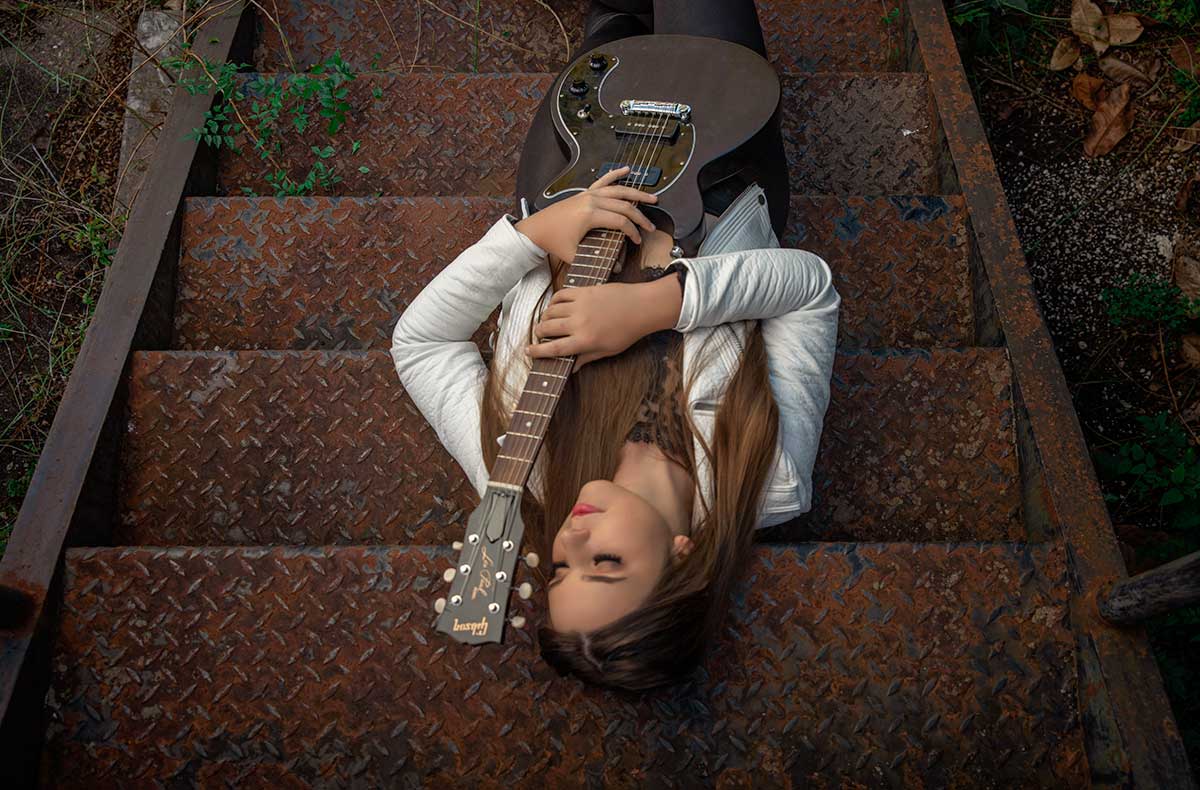