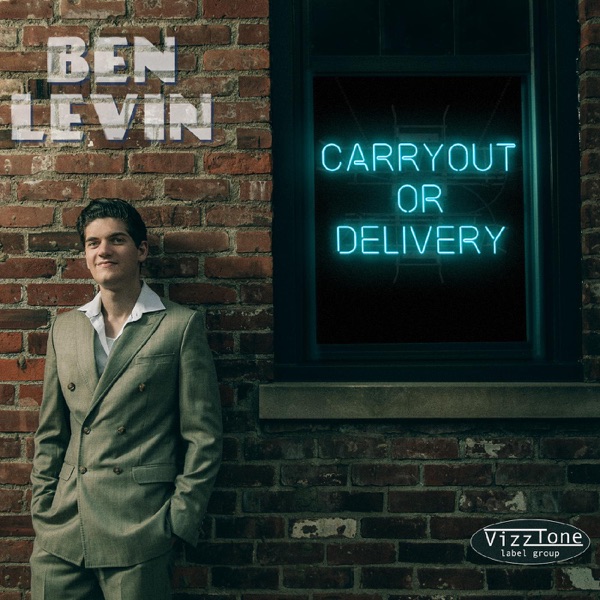 Whilst a lot of the world has been in lockdown, the question Carryout or Delivery has been one that we have all pondered during 2020. Recorded amid the pandemic, US-based blues artist Ben Levin chose to make this present-day conundrum his album title.

The twelve-track release is very much a family affair, with Father Aron Levin accompanying the young bluesman on guitar. Levin’s latest offering features eight original tracks, and four eclectic covers proving that Ben’s musical pallet is both vast and wide. Opening track, You Know eases the listener into the album gently, before the up-tempo big band sounds of Stuck certainly gets your feet tapping.

At this point, we also hear Levin’s masterful piano playing during a brilliant solo. Levin not only has a soulful voice; he sure knows how to tickle the ivories. Levin showcases his versatility with tracks such as Too Good For Me where the vocalist demonstrates that he can croon with the best of them. Whilst the title track itself has a sound and a feel reminiscent to a vintage barbershop quartet.

“the perfect album to unwind”

The instrumental number Nola Night switches the sound of the album up somewhat with its infectious rhythms and Levin’s skilled piano playing. The latter part of the record features several covers including Levin’s grade A take on Frank Frost’s My Back Scratcher, which is oozing with Hammond organ. A recording of Harold Burrage’s instrumental slow blues number The Buzzard along with Floyd Dixon’s piano ballad Time Brings About A Change.

Carryout or Delivery is the perfect album to unwind to along with your takeaway of choice. At just 21 years old, and still in college, Ben Levin showcases talent and musical maturity beyond his years.