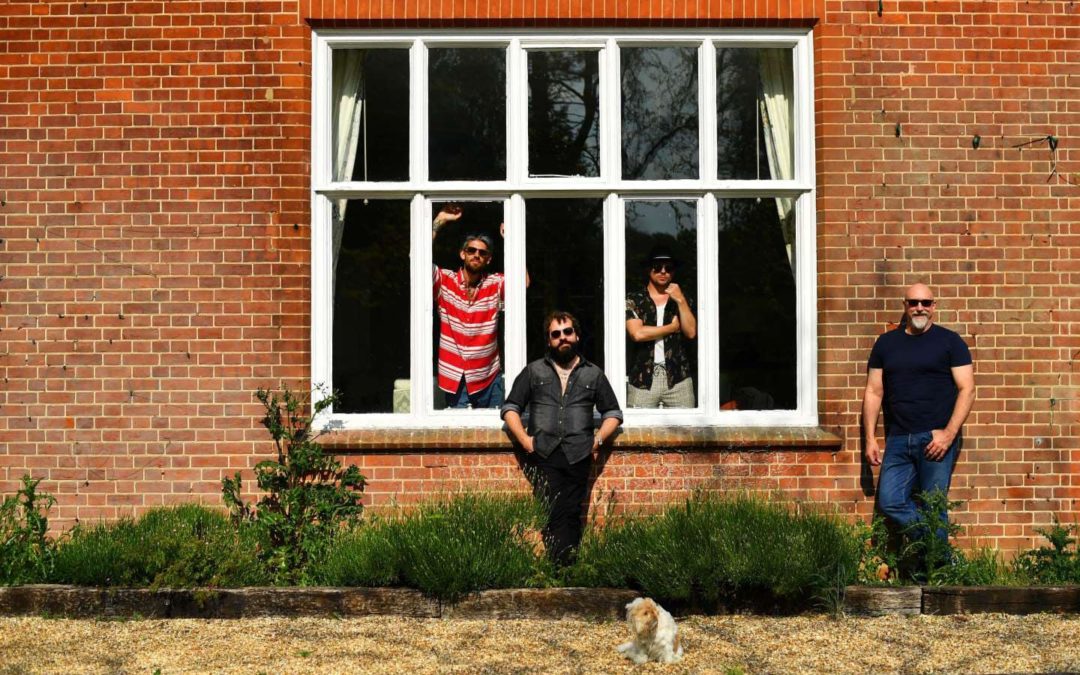 Sharper Than Most by Iain Patience.

With lockdown still in place, despite the gradual and expected easing of terms in the near future, we’re all getting used to the lack of gigs, festivals and events that usually carry blues-fans through the sweaty days of summer.

And while we’ve been denied our usual diet of quality music, we have simultaneously been pretty well barraged and deluged by socially-distancing bands and musicians each performing their own segment for inclusion in compilation film clips, mostly visible on YouTube and/or Facebook. And welcome those these performances undoubtedly are, it all seems just that bit strange and contrived somehow.

Enter blues-rocker Todd Sharpville, a name known to many as a balls-to-the-wall elemental music force, with a passion for honesty and full-on, high-energy work. Sharpville has adopted the novel approach of turning the new lockdown music challenges and issues on their collective head. 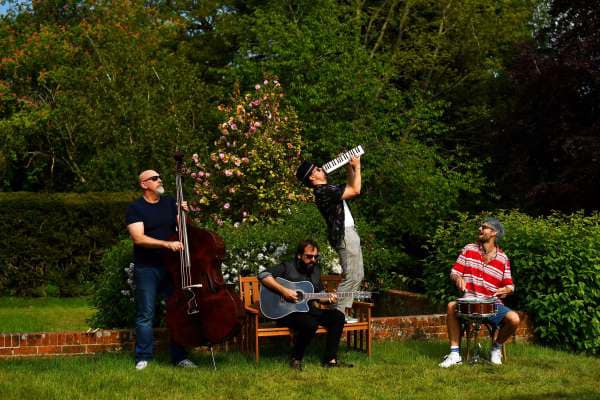 The Todd Sharpville Band in Norfolk

Instead of him and the band staying in far-flung corners of the country, he elected to take on a delightful Norfolk mansion and bring the entire band together for the duration, in a place where they and their entourage can simply be together, playing music as normal, working together, writing, performing and actually having a damn good time, much like a band on the road in so many respects.

The Sharpville Show, to give it its collective name, is also streaming live sets on the usual media channels but in the all-together-now way of what may now seem like the ‘good old days.’ To get everyone together was and maybe remains something of a calculated risk but these are musicians who work together normally in close contact stage arenas and have a collective music bond that remains as strong as ever right now.

That Sharpville himself could not have anticipated or known for just how long they might all be locked together in self-imposed joint isolation, really must have been something of a remarkable gamble. But, with regular online performances now appearing on social media, it’s a choice that may have more than paid off as the story has gained international media legs and featured in many titles across the globe from the USA to France and the UK.

So, if you’re still aching for a bit of live music, rather than a sequence of individually collated shots, it could be worth checking out The Sharpville Show whenever possible.

More on this coming soon but in the meantime, check out their links below.